They Used to Call it Poetry: Acedia and Me, continued

Yesterday morning I couldn’t get out of bed for two hours after I woke up. I 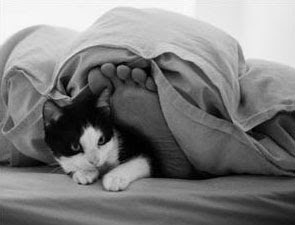 felt like something heavy was sitting on top of me. Sure, it was a chilly morning and my cat snuggled next to me made it easy to just pull the cover over my head and be “lazy.” But I knew there was something else going on. I recognized the symptoms—my old friend, acedia, was back.

Not that she ever leaves me for very long, but I usually just keep so busy that I push her to the edge of my consciousness. Kathleen Norris, in her book, Acedia and Me, says:

“Whenever we run to escape it, acedia is there, propelling us to ‘the next best thing’ another paradise to revel in and wantonly destroy…. Acedia has come so far with us that it easily attaches to our hectic and overburdened schedules. We appear to be anything but slothful, yet that is exactly what we are, as we do more and care less, and feel pressured to do still more.” 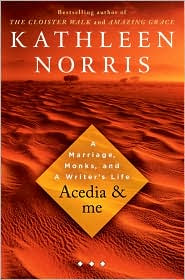 NOTE: If you’re new to my blog, you can read a couple of previous posts about Acedia and Me, here:

The Ancient Demon of Acedia in Modern Dress: The Journey Begins

I told my husband how I was feeling, and he said he could tell I was sad—it was all over my face. His sweet question, “What’s wrong?” was answered by a shoulder shrug and a weak, “I don’t know… I’m just depressed.” He left for work and I looked at my To Do list, which included some mindless things like laundry, cooking and exercise, so I pushed through my lethargy enough to get those activities done. If you’ve ever been severely depressed, you’re probably thinking “she’s not depressed if she can do those things.” And you’re right in assuming that I wasn’t in the bottom of the deep dark pit. (I’ve been there, so I know the difference.)

I’m sure some of it had to do with the bathroom scales. They were telling me that I had GAINED 2 pounds, as I continue with the 1500-calorie budget. How could that be? My completely rational response, of course, was to eat. 3 Skinny Cows. And yes, they only have 140 calories each, so it wasn’t like going through the McDonald’s drive-through, but it was mindless eating in a futile effort to numb the pain and disappointment the bathroom scales had brought me.

So, THIS MORNING, my husband says to me, “Have you noticed that our digital 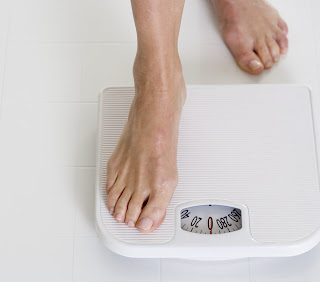 “You know, when you tap them to get them back to zero before stepping on to weigh, they’re not going back to zero. They’re going to 2.5 or 3. And then when you get on, they’re weighing you 3 pounds more than you actually weigh.”

I immediately regretted the 3 Skinny Cows. Oh, and the spoonfuls of butter cake batter and chocolate frosting from when I was baking a cake for the church potluck. (By the way, I don’t bake, but it was the only legitimate way to come up with butter cake batter. I would have felt guiltier if I had thrown the rest of the batter away.)

My focus on weight loss as my goal, instead of healthy eating as an on-going process, sets me up for emotional disaster when I don’t see the results as quickly as I hope. I was “supposed” to have lost 6 pounds the first three weeks, and the scales only registered 5. Any idiot knows that it’s going to be a long process and not to get hung up on the scales.

Norris addresses this ongoing struggle in the 7th chapter of her book, which I read this morning: “Acedia’s Progress.”

“If the Church has made too much of the sin of pride, which seduces us into thinking too highly of ourselves, it has not made enough of the sin of sloth, which allows us to settle for being less than we can be, both as individuals and as a society.”

I hadn’t thought of sloth in that way before, but it resonates with me now. When I give in to the heaviness that drags me down and keeps me from writing, or reaching out to friends, or fasting or giving alms or praying, I’m not “just sinning.” I’m being less than I can be, as a writer, a friend, and a Christian.

Norris talks about “slavery from within” in this chapter. And about how our lack of “internal joy” drives us to seek happiness through things:

“It is indeed acedia’s world where we have so many choices that we grow indifferent to them even as we hunger for still more novelty.” 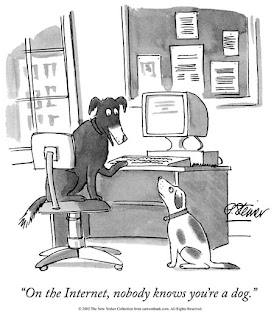 Last night I watched a show on Frontline called “Digital Nation” about the impact the internet is having on us as individuals and as a society. One segment showed a large IBM building that was empty—all the employees were working at home. They even held “virtual meetings” where they used digital avatars of themselves to pull up to a digital conference room table to talk. There was little or no human, face-to-face contact. It was eerie to watch. 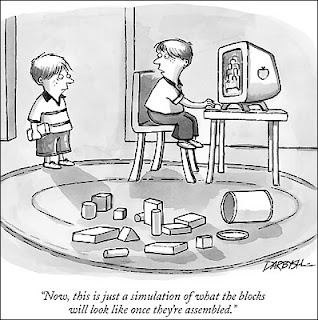 sent to “camps” to be treated for internet addiction. Their parents said they were losing their children to the fantasy worlds of online games where they spent all their time. This isn’t really anything new, but the time spent and the personal havoc it wreaks on their lives has been growing. For both the IBM execs and the middle-schoolers, as Norris says, “their purpose is to keep themselves so busy, so entrenched in their active lives, that their spirit reaches a permanent state of lethargiosis.” 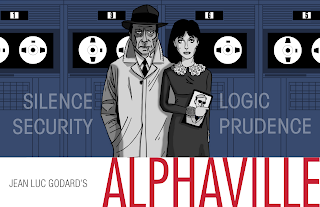 “...like the hapless citizens of Alphaville, who, in a dystopian future, receive new government-issued ‘Bibles’ every day, dictionaries from which words are continually vanishing, because, as one character says, ‘they are no longer allowed.’ She adds, mournfully, that ‘some words have disappeared that I liked very much,’ among them weep, tenderness, and conscience. Recalling a man she knew who wrote intriguing but ‘incomprehensible things’ she says, ‘they used to call it poetry.’”

Remember when Orwell’s book, 1984, seemed like something way off in the future? Here we are 26 years past the world he predicted, and—depending on which side of the political fence you stand—possibly facing a growing totalitarian, or at least socialist, regime. But Jesus said, “My kingdom is not of this world.” So, no matter the political climate, Christians—and really all spiritual people—will struggle to reconcile the state of their souls with the peace and joy their religion offers. For me, that’s Orthodox Christianity. And as Norris said: 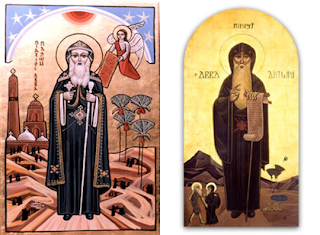 “We might look for guidance to those earlier desert-dwellers, who had no word for depression, but whose vocabulary did include words for accidie, discernment, faith, grace, hope, and mercy. They gave one another good counsel: Perform the humblest of tasks with full attention and no fussing over the whys and wherefores; remember that you are susceptible, at the beginning of any new venture [writing a book, starting a diet, starting the Lenten fast, starting school, starting a new job—all my comments] to be distracted from your purpose by such things as a headache, an intense ill will toward another, a neurotic and potential self-doubt. To dwell in this desert and make it bloom requires that we indulge in neither guilt nor vainglorious fantasizing, but struggle to know ourselves as we are.”
Posted by Susan Cushman at 12:22 PM

I laughed when you ate the Skinny Cows in frustration. In my bad days, I did way, way more damage than three Skinny Cows. But I still obsess daily over the scale and weight myself at least twice a day (sometimes more). I have to keep myself accountable while I am in maintenance land because of my knee.

I hope you feel better soon, Susan. I have dealt with acedia and the dark pit as well.

I think I need to read this book. I love the quote about sloth. I've never really considered that. Thanks for bringing the essage to me
Hugs
Kay

Your description of slothfulness as our allowance of ourselves to be less than we are capable of reminded me of this poem/quote by Marianne Williamson (it was in the movie Akeelah and the Bee). I actually have a printout of it over my desk for me to read when I am slacking off. It reminds me that only if I strive to fulfill my potential am I going to be able to change the world. I must push on so that I can save the world.


"Our deepest fear is not that we are inadequate.

Our deepest fear is that we are powerful beyond measure.

It is our Light, not our darkness that most frightens us.

We ask ourselves -- Who am I to be brilliant, gorgeous, talented, fabulous?

Actually, who are we not to be?

You are a child of God. Your playing small does not serve the world. There is nothing enlightened about shrinking so that other people do not feel insecure around you. We were born to manifest the Glory of God that is within us. It is not just in some of us, it is in everyone.

And as we let our light shine, we unconsciously give other people permission to do the same. As we are liberated from our own fears, our presence automatically liberates others."
-Marianne Williamson

Awesome quote, Elizabeth. Are you on Facebook? I'm going to share this quote on FB in a few minutes because it's so powerful. Or maybe only part of it. Anyway, thanks for reading and for commenting. Thanks to you, Ali and Kay, as well!

Susan, I too loved the image of you guzzling Skinny Cows. I've been there on the scales with you. Right now I am attempting to lose 8 pounds before my daughter's wedding May 8. Maybe I'll blog about that effort.

I also saw the Frontline show and was challenged by it. Maybe those Mennonite bishops of my childhood who kept TV out of our house were wiser than I knew. And I probably am losing my own brain cells by moving back and forth between Twitter, FB, blog, email, etc.

Also, since you are a Kathleen Norris fan, you might want to attend this amazing conference:http://www.calvin.edu/academic/engl/festival/ I plan to attend. Love to meet up if you are there also.

You are amazing, my dear.

I laughed out loud at the scale/Skinny Cow thing. Been there/done that.