I’m writing from the Jury Assembly Room, where I’m serving jury duty this week. The 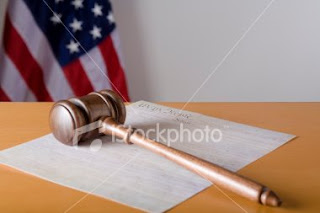 morning began at 8:30 a.m. with a two-hour talk given by the Chairman of the Board of Jury Commissioners, followed by a 15 minute talk given by one of our 20 Shelby County Judges. I sat with about 250 others and listened with interest. This is my first time to serve. After the introductory talk, 10 people were called to be alternates for two Grand Jury cases, and then about 50 folks were called over to one of the Criminal Courts for selection. The rest of us are still waiting, either to be called or sent on lunch break.

It’s interesting watching everyone’s ways of dealing with the waiting. Lots of folks are reading. A few, like me, brought their laptops and were lucky enough to get the half dozen or so desks in the front. Others are just chatting and wandering around the room. I heard a woman sitting near me tell someone, “I’m bored.”

The person answered, “Yeah, this sitting around waiting is nerve-racking.” 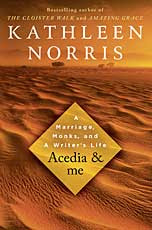 Her honest expression reminded me of my current struggle, which I wrote about in Friday’s post, “I Want a Rush.” By the way, I really appreciate Katie and Anne Marie’s comments on that post, and I’m definitely going to check out the book Anne Marie recommended, Acedia and Me by Kathleen Norris. In this interview, Norris says acedia is not the same thing as depression. Listen to the first 2 Q&As in the interview:

A: It’s an ancient word that basically means the inability to care, even to the extent that you can’t care that you don’t care anymore. It’s sort of a really drastic, nasty form of indifference.

A: Not exactly. There really are distinctions. One of the things I had to tackle in writing this book was to talk about why depression is not exactly the same as acedia, even though it shares a lot of the same symptoms, and I believe that depression is a medical condition — clinical depression — that can be treated by medicine and therapy and a number of — there are a number of ways to treat it. But acedia is something, I think, that’s just more common. Most of us probably have experienced it in some form or another. When you’re totally restless and totally bored but can’t think of anything that you want to do, or you are restless in another way and you try to escape from it by becoming hyperactive, being a workaholic, that’s another form that acedia takes.

I can relate to several of those forms. In fact, they just called a third group of jurors to a case, and my name wasn’t called and I was disappointed because, you guessed it, I’m bored sitting here waiting. Even with two books, a Blackberry, and a MacBookPro, I’m bored. Why? 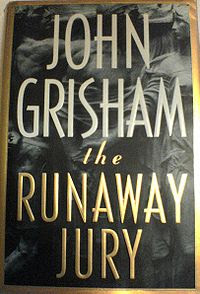 out on the elliptical. It was funny that the judge who spoke to us this morning asked if anyone was reading that book and recommended we not read it! It makes this whole experience sound a lot more exciting than it usually is. And while I should be grateful if I’m not called and therefore might be excused early, thus inconvenienced less, I’m actually wishing to be called because of the excitement. (I know, I know… be careful what you wish for.) 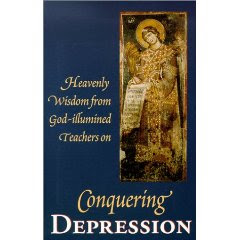 One of the books I brought with me today is called Conquering Depression. I’ve read it before. It’s one of those books that’s good to pick up every now and then and just read a few selections, for inspiration. For reminders. But I actually found help on the first page of the Introduction, just by being reminded of a few truths:

“Modern society is Godless. Godless not because man doesn’t need God, but because he forgets God, being too busy “developing” the earth. Forgetfulness of God causes self-indulgence and thus insensitivity to the world around man. Insensitivity causes artificial loneliness, and self-centeredness enhances emptiness in self-worship. When man estranges himself from God, the source of life, life on earth becomes meaningless, or meaningful only in the sense of self-gratification. But since the soul by its nature needs God, the loneliness becomes unbearable for the soul and produces dissatisfaction, despondency and despair. Depression (a modern word for hopelessness) is a kind of man-induced boredom….”

Both of those terms stir me to take a long look at my soul, dark and dirty as it is. And what I often find, especially when I feel lonely or bored, is that I’m focused on me and not on others, and certainly not on God. And while I do believe that a person can be clinically depressed and in need of medication or therapy in order to even be able to call on God or friends from the depths of the darkness. I may even be in need of such help at times. But today I want to consider the possibility that much of my loneliness is artificial, and much of my boredom is self-induced.

Often when reading materials about how to overcome depression or boredom, the instructions, especially if they’re written by or for monastic’s, include things like, “stay in your cell and pray,” and “don’t move from place to place.” More or less, just gut it out. And maybe sometimes that’s the answer. But today I liked these words from Conquering Depression:

“Zeal is acquired by variety in our occupations—that is, by turning from one task to another. And so you must do as follows: pray, then perform some manual task, then read a book, then meditate on your spiritual condition, on eternal salvation, and so on. And do these things alternately. If dejection grips you fiercely, leave your room and walking up and down, meditate on Christ; lift your mind to God and pray. Thus dejection will leave you.”

I like the practicality of this advice. And now I’ll put it into action, but not by my choice—they finally called my name to go over to one of the criminal courts for possible jury selection. Later!

selection process, but not be selected, I was dismissed, being told to return tomorrow morning to the Jury Assembly Room where the process will start all over again. I wasn’t even interviewed. Even when about 6 of the first group of potential jurors were disqualified, my name didn’t come up as a potential replacement. It felt a bit like not being chosen for kick ball back in elementary school. Sitting in the Jury Assembly Room is just not as exciting as being in the courtroom. Oh, well, back upstairs to work out on my elliptical and watch the rest of John Grisham’s “Runaway Jury!” Then at 9 p.m. I’ll get another fix—“Raising the Bar.” No artificial loneliness or man-induced boredom for me tonight! (My favorite defense attorneys? Jerry Kellerman , played by Mark-Paul Gosselaar, and Roberta "Bobbi" Gilard, played by Natalia Cigliuti.)
Posted by Susan Cushman at 6:20 PM