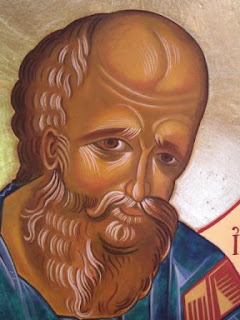 Today is one of two feast days for the Holy Apostle John, the Theologian and Evangelist, in the Orthodox Church. (The other one is September 26.) We had Divine Liturgy at Saint John Orthodox Church here in Memphis this morning. I took some of my peonies, put them in a Ming vase that my husband brought me from China last year, and placed them in front of the icon of Saint John on the solea in the front of the church, asking 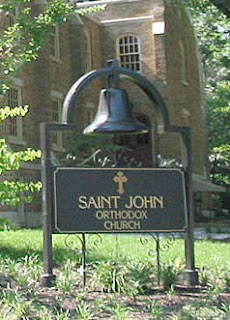 Saint John’s intercessions for my family and offering him this gift of love and gratitude. (By the way, a good source for info about Orthodoxy is a booklet called The Door to Paradise. You can read it here.) 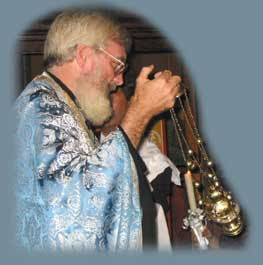 Father John Troy’s homily was about our beloved patron, often called the Apostle of Love and the Disciple Whom Jesus Loved. He reminded us that when Jesus was on the Cross, he looked at his Mother and at John, both standing at the foot of the cross, and he said to John, “Behold, your Mother,” and to His Mother, “Behold, your son.” And he asked the youngest of the disciples to take care of His

Mother after he was gone. He entrusted Her care to John. The icon of the Crucifixion (right) is one I saw on the island of Patmos.

Sunday is Mother’s Day. Most of us are sending flowers or purchasing gifts, visiting, or at least sending cards to our mothers. I’m sending a card, and then taking gifts when I visit her next Tuesday, two days after the actual day, but en route to New Orleans and Gulf Shores for a medical meeting and then a vacation with my husband and daughter. I’m thinking of how much time and care went into the choice of my mother’s assisted living home when she could no longer live alone. I asked her to come live with us in Memphis, but she wanted to stay in Jackson, so I honored her wishes. But I entrusted her care to the people at Ridgeland Pointe after touring several facilities and interviewing lots of people, because I love her.

Imagine how much greater Jesus’ love for His Mother is. And he entrusted her care to John. This is the same John who said, “Little children, love one another.” His words were inscribed on the inside of our wedding bands in 1970: “We love because He first loved us.” 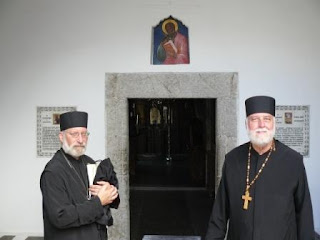 As we celebrate his feast day, I’m reminded of our trip to the island of Patmos, Greece, this past October. I will never forget worshipping in the cave of the Apocalypse, (that's Fathers Basil and Paul by the door to the Cave) of touching the place on the inside of the cave where John placed 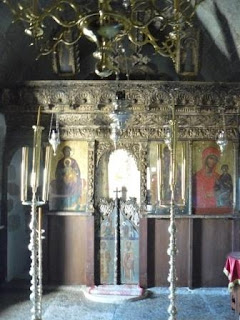 his hand to pull himself up after hours of sitting and dictating his Gospel and later the Book of Revelation to his scribe, Prochoros.

When John was over one hundred years old, he asked his disciples to dig him a grave and bury him alive. Later, when others heard of this, they dug up the grave and John was gone. The sick were healed there by a fragrant dust that the grave produced once each year. This is the miracle we celebrate today. 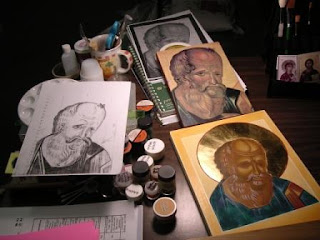 When Father John visited Patmos a few years ago, he brought me back an icon of Saint John, a print that was mounted on an old piece of wood. While we were in Greece, we saw the original of that icon, in the monastery museum. Between these two experiences, I used the icon as the prototype for one that I painted at a workshop in Pennsylvania. Here’s the work in progress, and finally completed. It was the first icon that I 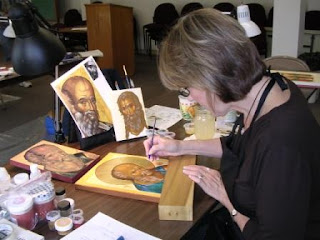 wrote using an original drawing, rather than tracing the prototype. I think the process of drawing (albeit copying the original) helped me get to know the saint’s features better, enabling a more enlightened end result. I hope it blesses you

Holy Apostle John, pray to God for us!

And here’s a BIG P.S…. just before posting, I received a phone call from Jason in Denver… he and See officially tied the knot today. May God grant them many years! (If you didn’t read about their engagement, scroll down to 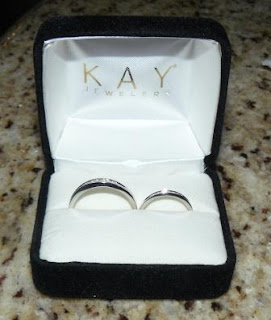 Tuesday’s post.) What an awesome Mother’s Day gift! They’ll be planning a traditional Hmong wedding celebration in Denver in the coming months, and we can’t wait to welcome Jason and See 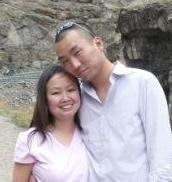 Cushman (wow!) to Memphis for an old-fashioned “Meet and Greet!” If you’d like to send your congrats, contact me via email for their email and snail mail addresses: susanmaryecushman@yahoo.com.
Posted by Susan Cushman at 3:30 PM

What a beautiful thought at this upcoming Mother's Day... Jesus thinking of His mother and entrusting her care to John.

And, congratulations to Jason and See!

Congratulations! Now you have another daughter!