Lunacy: Fact or Fiction? A Dog and His Boy and the Science Fair

The other day my friend, Charli, who used to live in Memphis but moved to the Seattle area 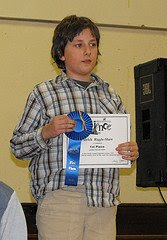 over ten years ago, sent me an email with some great news about her thirteen-year-old son, Patrick. He placed first in his age group in the science fair and even made the local news. His project, "Lunacy: Fact or Fiction" was about whether or not the phases of the moon affect human behavior. Patrick obtained a breakdown of disciplinary actions in his school district and matched up the results with the phases of the moon.

It turns out he was right. Students got into more fights and mouthed off more during the full moon. How many more fights or bad-mouths? Patrick said the chance that the correlation was mere coincidence was 2 in 10,000. So, if you're having an unusually rough day with your kids, you might want to check to see if there's a full moon!

So, why is this blogworthy? Two reasons: 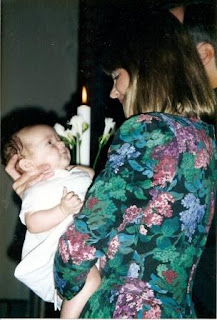 First, Patrick is my Godson. I was there with him when he was baptized in October of 1995. But we go back further than that. I was his mother’s labor and delivery coach, and Patrick’s was the first and only birth I have ever witnessed—I even cut the umbilical cord. We were bonded from the beginning. And then a couple of years later his mother remarried and they moved all the way across the country to Seattle. We miss him dearly, but Charli does a great job of keeping us in the loop on his progress. Which brings me to the second reason this story is blogworthy. 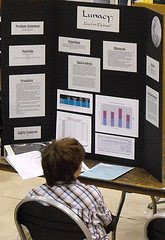 Patrick isn’t just any bright kid who won a science fair award. He’s a bright kid with multiple neurological disorders, including Asperger’s Syndrome, who has overcome many obstacles to achieve all that he has.
When he visited Memphis last summer, his service dog, Kudzu, came with him, and enlightened and entertained all of us at St. John, and later at Game Stop and out at lunch at Zinnie’s. 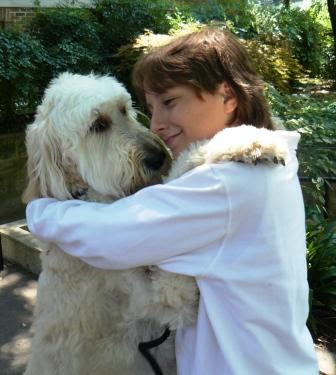 Congratulations to you, Patrick!
We love you and we’re so proud of you!
(oh, and please give Kudzu a hug for us!)
Posted by Susan Cushman at 11:43 PM

Thanks for writing about this Susan. It was definitely encouraging and interesting. What a cool project! I knew I was right. Ha

You knew you were right? Oh, you mean about the full moon causing crazy behavior.... like dancing in the parking lot at the bank? Now where are those pics when I need them?

Fun! Congrats to Patrick! And, very interesting project, too. The next one should be to track labor and delivery statistics on the full moon. I think I already know the results.