Today is my baby’s 26th birthday. But Beth was 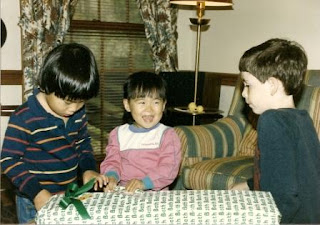 almost three when she came to us from South Korea, so we’ve only celebrated 24 of those birthdays with her. I’m sad that we missed the first three years of her life, but so very thankful for the 23 that we’ve shared with her so far. Here she is on her 3rd birthday, opening a gift from her brothers. She had only been with us for about three weeks.

All three of our children are adopted, and you already know about Jason’s struggles to reconnect with his roots, and his birth mother, which I wrote about in my essay, “The Other Woman,” which was published in Mom Writers Literary Magazine a few weeks ago. 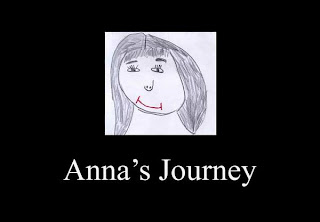 So when I read the cover story of the Commercial Appeal today, “Anna He struggling to adjust to new life in China,” I wept. You can watch a video about Anna He’s story at this site.

Or watch a slide show of Anna’s journey here.
It broke my heart to read about the emotional nightmare this nine-year-old girl, and two sets of parents, have lived. A year ago, when the custody battle was raging, some people were surprised at my sympathy for her birth parents, since I am an adoptive mother. But having watched my second adopted son’s heart-breaking journey to find his own birth mother, and learning about the importance of roots and connectedness, I found myself wondering if it might not be best for Anna He to be reunited with her birth parents.
And then I read that after taking Anna back to China with them, her parents are divorced and she’s in a boarding school and so unhappy. I’m sure her foster parents back here in Memphis are still grieving their loss of her, and also hurt for her current circumstances. At least her birth mother is letting them call her once a week. But they are nursing broken dreams this Thanksgiving, and maybe for the rest of their lives.

Yes, it’s been an emotional Thanksgiving weekend … starting with news from our son and daughter-in-law that they are expecting in July! And then on Friday, my husband and I visited a young woman from our church who just had a baby Thanksgiving Day. As I held this precious one-day-old child in my arms, I imagined what it would feel like to hold my first grandchild… and for my adopted son to hold his own birth child in his arms.

It’s a lot to take in. Beth just left to return to grad school in Knoxville, and tomorrow I’ll make 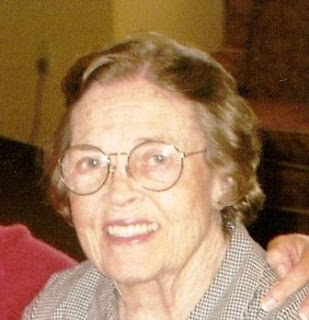 the familiar drive back down to Jackson to visit my mother in the nursing home, and begin cleaning out her assisted living apartment. She won’t be returning to her apartment, since she now needs a higher level of care. It was a wonderful home for her these past two and a half years, and the folks there are sad to be losing her. My prayer is that her new little world at Lakeland Nursing Home will become a peaceful haven for this part of her journey. And that she’ll be up and walking on her “new” hip so she can get around the facility talking to everyone and flashing them that winning smile, even through the clouds that Alzheimer's keeps building around her mind.
Posted by Susan Cushman at 6:02 PM