A Feast of Words

I’ll never eat again. How many times have I said that? From Christmas day through New Year’s I’ve eaten enough to last until Easter. So today I s 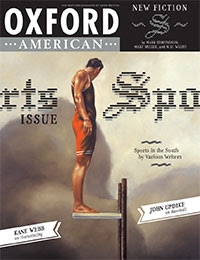 topped eating. Well, I slowed down. Enough to realize how hungry I am … for words.
For Orthodox Christians, it's why we fast. So we'll be hungry for Jesus. When our bellies are stuffed and our minds are fuzzy from too much wine, we don't know we're hungry for anything else.

So today, instead of eating, I read. Okay, so I read every day… but this was a Word Feast.

First Course: the new issue of The Oxford American arrived. With New Fiction by several authors including Neal Walsh. Neal was one of the faculty for the Writing Workshop I attended last June at Ole Miss… he was a graduate of the MFA program there at the time and now he’s working at LSU. He led the critique sessions at the workshop, 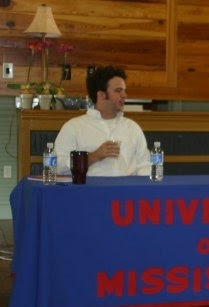 which is where I first learned how the critique process works. That workshop was the genesis of my critique group that now meets monthly. The Yoktapatawpha Writers Group.

So… Neal had a story in The Oxford American called “Pins.” It’s kind of edgy. This is the “Sports in the South” issue for OA, but calling Pins a sport is a bit of a stretch. It’s an adult party game. I’m not even going to try to explain it. Get the magazine and read it yourself. Kudos, Neal!

In the same issue Beth Ann Fennelly, who gave the wonderful

craft talks and served on a faculty panel at the same workshop at Ole Miss last June, has a poem, “First Warm Day in a College Town.” I cracked up when I saw it, because Beth Ann read it to us at the workshop, adding sheepishly that she might get fired if it ever got published. It’s a sensual slow-tease word feast. Just yummy. Way to go, Beth Ann!

The latest issue of Poets & Writers has a great interview with well-known literary agent, Lynn Nesbit. You can read the interview here. She’s friends with Joan Didion, who wrote The Year of Magical Thinking. Lynn was surprised by Joan’s success, although she thought her memoir was well written, especially “the way she addressed the reader without any sentimentality….” But Lynn loves fiction and bemoans the current trend towards nonfiction and memoir:

I think it’s unfortunate. I think it’s mirrored in every part of our culture. Look at the reality programming on television─people want to know the truth, they want to identify. This memoir craze has eaten away at fiction. A lot of people will read memoirs but they won’t read a novel.

Here we go. I read her and I want to write a literary novel. 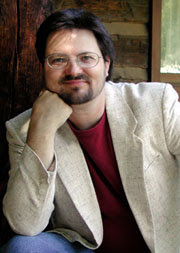 And then I read a piece by K. L. Cook in the Glimmer Train newsletter and I’m even more intrigued … this time with turning family stories into fiction. Cook teaches creative writing and uses exercises involving family themes and family secrets to teach fiction writing. A teaser:

According to family systems theory, there are no secrets in families. The entire family colludes, either consciously or unconsciously, in keeping and perpetuating a secret. Often a secret is linked to a family’s conception of shame and maybe used as a strategy for one generation to exert its will (about how to behave) over another generation….

Is there a secret in your fictional family? How has that secret generated either chronic or acute anxiety in the life of this family? Does that secret directly affect the story you wish to tell?... 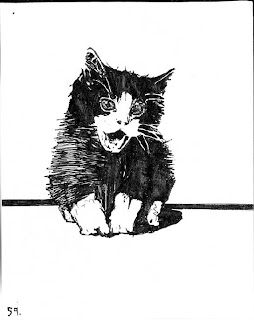 He went on to suggest structures and strategies for using family themes and secrets in creative ways. I’m intrigued…. and I sent a (fiction) short story to Glimmer Train today. And another one to Yemassee Journal. (pix at left is from one of their covers!) Just throwing a few more things up against the wall to see if anything sticks.

After my surgery next Tuesday I’ll be house-bound for a while and hope to jump into writing a book… with all this input maybe I’ll finally decide the direction… a book of creative nonfiction essays? A literary novel?
I’m getting hungry just thinking about it.
yum yum.
Posted by Susan Cushman at 11:47 PM