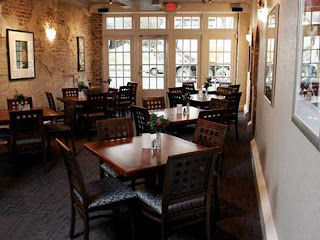 I made a round trip from Memphis to Nashville to eat lunch at The Tin Angel yesterday. And it wasn’t because of the restaurant’s wonderful architecture, atmosphere, and “soul food,” although those were a nice part of the day. It was because of the other “soul food” the two-hour lunch offered. (Wish I had gotten the waitress to take a group photo, but here’s a photo of the private room we enjoyed, from the restaurant’s web site.)The last Dutch Lunch I attended was the Social Media Jam back in January. 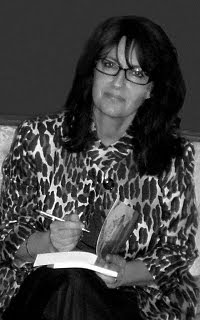 My friend, author, speaker and radio show host, River Jordan, organizes these author “Dutch Lunches” in Nashville, and this was my second time to participate. (River is the one I went on the crazy road trip to Jefferson Texas with this past January.) It’s always a different group of writers (and sometimes agents and publicists—all folks involved in the writing business) and the eight of us around the table yesterday definitely enjoyed the food on our plates and two hours of conversation and fellowship.

Does it surprise you that I use the word “fellowship”? I was thinking about it as I drove home yesterday. About how “fellowship” is usually about church gatherings, or getting together with like-minded folks. Well, that’s exactly what Dutch Lunch was about. Writing is a solitary life. It gets lonely. And often friends and family don’t “get” what you’re about. They think it’s just a hobby and often don’t understand that it’s your work, sometimes your life. The folks around the table at The Tin Angel get that. And it was a mixed bag: 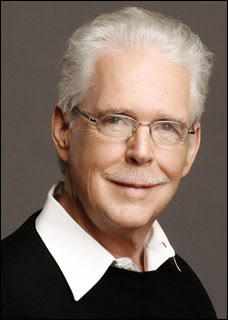 Kip Gayden is a judge and author of “Miscarriage of Justice,” a historical novel “ripped from the headlines of the March 16, 1913, Tennesseean. 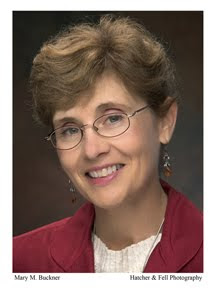 Mary Buckner is founder and senior writer/editor at TurnStyle Writers. (She works with my friend, Kathy Rhodes, who is a co-organizer with me and Neil White for the 2010 Creative Nonfiction Conference in Oxford this November.) Mary had some good tips to share with me about how to proceed with my novel-in-progress. Treasures. 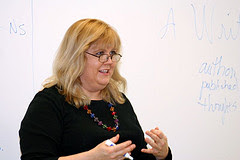 Diana McQuady is a published author who works at Vanderbilt University, but has been co-chair of the Kentucky Writers Conference for several years. She’s also been a writer-in-residence for Western Kentucky University Libraries. She’s currently re-writing a novel, and also had some good wisdom for me when I asked a question about how to proceed when you’re not sure how the book is going to end!

Tomi Wiley is President of the Tennessee Writers Alliance and editor of “The Chronicle” of Mt. Juliet, in Wilson County, Tennessee. She is also editor of a new anthology, “Milk and Ink,” works by writing mothers. Tomi’s creative energy is contagious, and I’m so glad to have become friends with her. 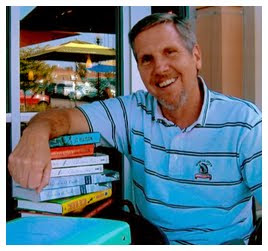 Tom Robinson brought something different to the table—his expertise as a publicist. One of his clients is Tasha Alexander, whom I met in Fairhope, Alabama, a couple of years ago at “Southern Writers Reading.” Tom is also an author, so he understands both side of the writing and publishing/marketing business. And as much as most writers—who are artists—don’t want to admit it, writing is also a business. I thoroughly enjoyed Tom’s contribution yesterday.

And finally, it was a joy to meet Tamara Altenberger, a children’s author who isn’t published yet, but loves to write. Tamara is involved with the Women’s National Book Association and I’m sure we’ll hear more from her works-in-progress in the future.

After two hours of such rich food (literally and literarily) I had to spend a couple of hours shopping along 21st Avenue at some of my favorite haunts, like Pangea and A Thousand Smiling Faces. Driving home to Memphis, watching the late afternoon mango sun hide behind the darkening clouds, I kept the radio off and enjoyed the music of the spheres—heavenly and earthly—as I circled the conversations we had shared at a very special Dutch Lunch. Thanks, River. 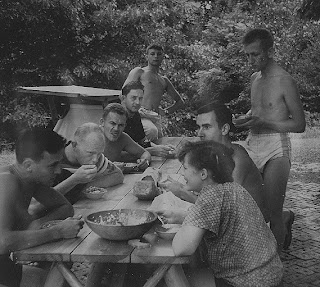 P. S. I just had to add this photo of another "Author's Lunch"... in 1951 at the Tandy Writers Colony. One woman and 7 men. We had 6 women and 2 men at our lunch in Nashville. The food doesn't look so great, but the dress code and outdoor venue looks nice!
Posted by Susan Cushman at 12:06 PM

Susan, you described our Dutch lunch perfectly. River Jordan deserves huge gratitude for organizing these events. What a wonderful feeling to meet other writers who "get" the whole anxious, difficult and beautiful experience of making up stories. Great to meet you, Susan!

What a wonderful account of our lunch! I look forward to reading more of your work, Susan. You had such a fitting ending to this blog, I have no doubt you'll find a perfect way for your other work to end as well!

Susan, I think "fellowship" is the perfect word to describe a gathering of writers. My dear Methodist friends, including some clergy, might wince for me to say so, but it is among writers that I feel most accepted and loved and least judged.

Now, I am a little jealous that you're on your 2nd Dutch Lunch and I haven't been invited back since I couldn't make one earlier this year, but I guess that's a matter to take up with River. ;-)

I LOVE the photo at the end of the blog!

Thanks for the kudos but none needed. It's a labor of love. THe Dutch lunch though is for a variety of book people - not just authors. Normally trying to include an unpubbed writer, book sellers, librarians, teachers and so forth. I only say that because I don't want those who don't write to feel like they belong 'less' at the table. Kory - I shoot out a few invites very last minute. Between travels and deadlines I HAVE NO IDEA how I keep doing this. But I will certainly try to remember to reinvite you - look at this way - you are the only one of that particular table that has every been featured on the radio program - in all it's glory :).

It was a great day and a fun mix!