I know I said I wouldn’t be posting again until I got home from visiting my daughter in Knoxville… but she’s working on architecture sketches so I’ve got some time to write and post about my weekend so far.

Whenever I’m visiting another city I usually Google independent book stores to see if they have any visiting author events. And even if they don’t, I like to visit these sacred vessels of the printed word(s). I’ll never be a fan of e-books. I don’t even like to read magazine and newspaper articles online, unless that’s the only way they are available to me.

So, I read where this store called Carpe Librum (Seize the Book!) --isn't that a great name for a 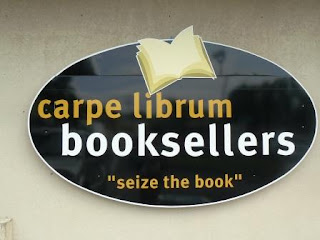 bookstore?--was inviting local Knoxville authors to meet the public from 1-5 pm on Saturday , and I decided to check it out. I love the sign outside the store.

Inside it’s spacious enough to get around in easily, with lots of windows, but cozy enough to invite customers to get cozy in an overstuffed chair or the couch in their social corner, where several authors had gathered already when I arrived. 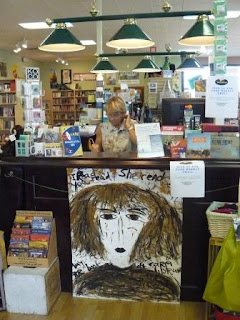 One of the owners, Martha Arnett, was welcoming and helpful, asking about my writing and showing me books she thought would interest me. I was especially drawn to a memoir (imagine that) called Heart in the Right Place by 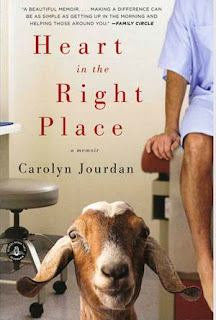 
We had a great visit, and as I was leaving, Martha gave me a copy of Voices From the Valley, the 1994 publication of the Knoxville Writers Guild. It contains three poems by another of Carpe Librum’s owners, Florence “Flossie” McNabb. Looks like a great anthology of stories and poems—can’t wait to jump into it. 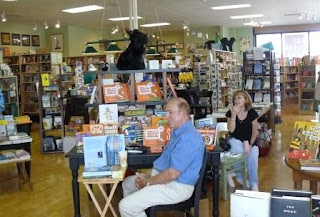 Martha said they’d never had an open house of this kind at Carpe Librum… where they invite new authors to bring their books—some self-published, some not yet published, and others published by small presses—to discuss with visitors to the bookstore. So, I explored every corner of the store, seeking out these fellow writers who were maybe one step ahead of me in this game.

The first three I met were offering quite diverse first books: young adult fantasy, science fiction, and a book about barbeque techniques. So I bought one of each and listened to their tales of writing, publishing, and trying to sell their books. I didn’t question them when they each asked me to pay them directly for their books, in cash. 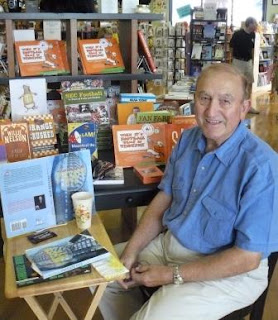 But when I moved to another section of the store where I met Joe Perkey, a retired mechanical engineer who had published a mystery called Ace Sleuth, Private Eye… bought a copy for a friend who is writing a legal thriller… not the same genre, but Ace Sleuth has a lawyer as its protagonist. When I asked Mr. Perkey whether he needed me to pay him in cash, I found out that the bookstore had 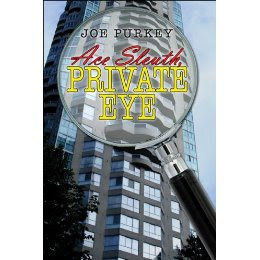 told the authors to have their customers pay for the books at the counter. (The bookstore would take a percentage of the sales, of course, which was only right, since they were offering these new writers an opportunity to present themselves to the public.)

It saddened me to learn that some of the fledgling writers were taking advantage of the bookstore’s hospitality. Independent bookstores are the writer’s link to serious readers. I immediately regretted having purchased books “on the side” from these folks who were trying to get around the very system that could be their main support. Sigh.

Next I listened to Joe Neil Steward reading from his novel on CD, Just A Tad Too Much 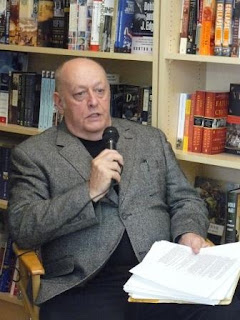 Powder. Steward was an actor before deciding to try his hand at writing, and his novels aren’t in print yet, but he has a great voice and seems to have a knack for writing believable-sounding dialect, which isn’t easy. And when I asked to purchase his CDs (for another writing buddy) he immediately directed me to the bookstore register.

So, I’m only featuring the “two Joes” on my blog today, and not giving any ink to the writers who sent me to an ATM machine for cash to purchase their books on the side. I know they were struggling and it was tempting, but it always pays to do the right thing.

Carpe Librum is a wonderful little bookstore and I felt so welcomed by Martha, who, by the way, when she found out I was from Jackson, Mississippi, immediately asked me if I knew Peggy Hood, and I said yes, she was in my class in high school! Small world, the South. 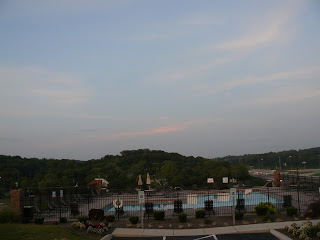 After my outing to Carpe Librum, I returned to my daughter’s apartment. She was still working on a project for one of her grad school classes, while watching UT beat UAB in their first home football game this season, (GO VOLS!) so I went for a swim in the pool near her apartment. What a beautiful view! It’s up on a hill so you can see the tops of the trees as the sun is hitting them.
And right in the middle of her apartment complex stands this white Colonial house, which the 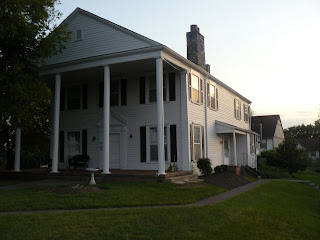 complex rents out. I’m wondering if the original owners of the land lived in it. 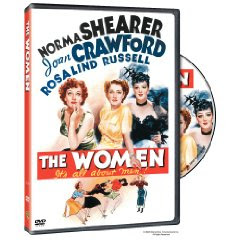 After my swim we went to have a drink and appetizers before heading to a movie I’d noticed ads for: “The Women.” It’s a remake of a 1939 movie starring Joan Crawford.

It’s got some of my favorite actresses, included Meg Ryan,

Annette Benning, Candace Bergan and Debra Messing. You can see trailers and read about it here. We enjoyed lots of laughs at its humorous moments, but it dealt with serious issues—infidelity, the affect of divorce on children, mothers being distracted by their careers and neglecting their children—while trying to stay on the light side. Not sure how it worked… I left the theater realizing that I had enjoyed it while it was happening, but it left a heaviness hanging in the air, and in my heart.

So tonight we’re off to hear Robinella and the CC String Band… I’ve enjoyed Robinella’s CD, “Solace for the Lonely,” for a couple of years and can’t wait to hear her in person. She sings at a place downtown called “Barley’s,” so we’ll head down early to take in some sights in “Old City” Knoxville. Watch for that post on Monday night or Tuesday. Hope you're having a great weekend! 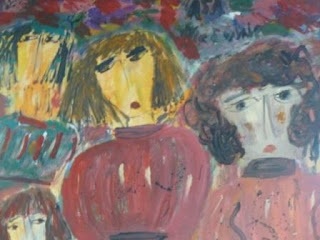 Oh, I forgot to include this detail of some of the local art work at Carpe Librum... the artist is Ana... sorry, forgot her last name, but if you like her stuff, call Martha at Carpe Librum in Knoxville.
Posted by Susan Cushman at 10:22 AM

sounds like a good weekend - my two guys were in Knoxville for the game Sat!

Really? Did Josh go to UT? I was thinking he was a Vanderbilt guy.