Wordless Wednesday: We Were Not Orphans 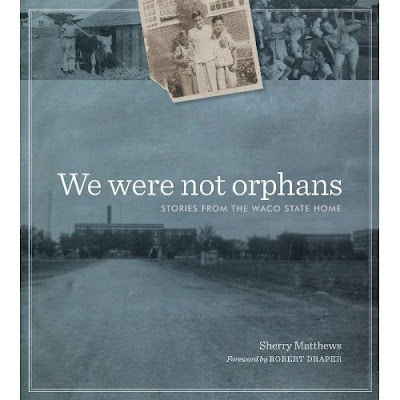 Okay, it's "Wordless Wednesday" again, but as usual, I can't seem to just post a picture and leave it at that. But I'll be brief. I was just made aware of Sherry Matthews' new release, We Were Not Orphans (from the University of Texas Press).

When you've got 15 minutes, grab a cup of coffee and watch this incredible video, about the children whose parents dumped them at the Waco State Home where they lived during the 1920s through 1970s. At the home they suffered physical and sexual abuse, military discipline, and plantation-style labor. Interviews with the author and survivors are riveting. (The author's brothers were left there when she was three.)

And then buy the book. It's the best way to honor these people and their stories.
Posted by Susan Cushman at 8:27 AM